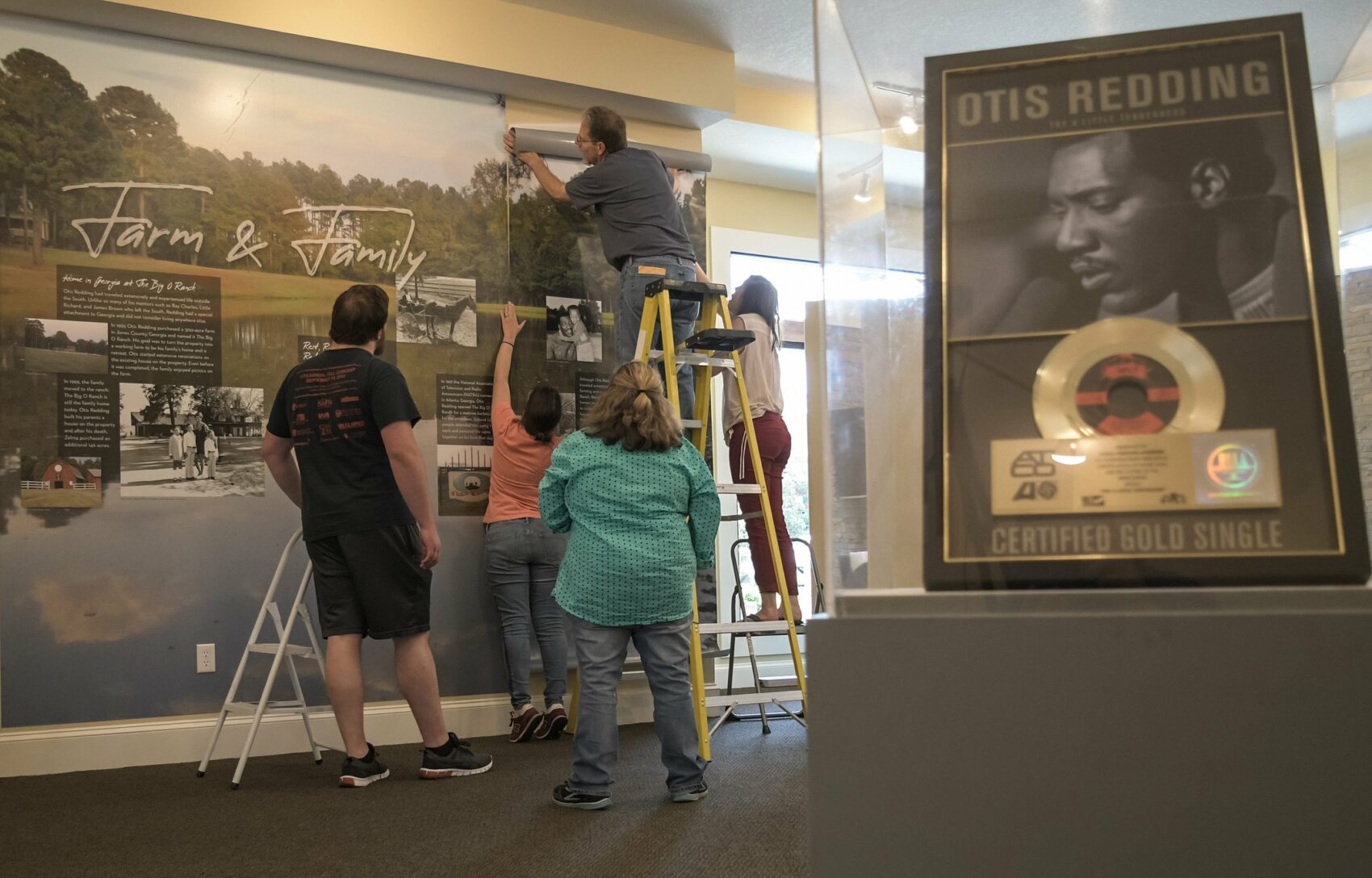 Otis Redding has had a connection to Statesboro and Georgia Southern University for more than 50 years. He performed on campus in 1965, his daughter attended Georgia Southern, and his grandson is a current student. Another chapter of the connection between Redding, the University and Statesboro will begin with the new exhibit, “Beyond the Spotlight: Otis Redding His Family, Music, and Legacy,” at the Museum on Main inside the Statesboro Convention and Visitors Bureau (SCVB).

Georgia Southern museum studies students helped to curate the exhibit, along with members of the Otis Redding Foundation, including Redding’s daughter, Karla Redding-Andrews. Redding-Andrews said she and Georgia Southern Museum Director Brent Tharp, Ph.D., have been working together for more than two years to create an exhibit in homage of her father and his connection to Georgia Southern and the state of Georgia.

“I spent many hours working with the museum studies students from Georgia Southern’s College of Arts and Humanities who put this exhibit together,” Redding-Andrews said. “We discussed the life and works of Otis Redding, what his name means today and how the family carries on his focus on education in his name.”

The exhibit is a part of a project for the introduction to museum studies course taught by Tharp as an adjunct professor in the Department of History. It provides students an avenue for learning outside the classroom where they can see the inner workings of a museum firsthand.

“It has been a joy to help create an exhibit to celebrate the life of Otis and the foundation’s work of keeping his ideals alive,” said Michael Elmore, a history student who worked on the exhibit.

The students worked closely with Otis’ wife, Zelma Redding, Redding-Andrews and the Otis Redding Foundation to get the pieces for the exhibit.