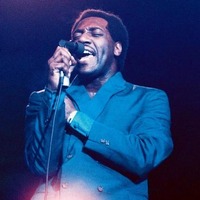 Read the full article in Pitchfork.

Throughout “Twin Peaks: The Return,” moody and unpredictable music was used to accentuate the show’s fractured timelines, inimitable characters, and countless moments of head-scratching multiplicity—matching them in both soothing harmony and rattled discordance. Primary composer Angelo Badalamenti, sound supervisor Dean Hurley, and others involved in the soundtrack recently spoke to us about the process of creating music for the series. And now, the creator, writer, director, sound designer, producer, and overall series architect, David Lynch, adds his wisdom about the sound world of “The Return,” including insights on David Bowie’s involvement and why we many never hear the show the way it’s meant to be heard.

What music was running through your head when you were initially thinking up the new series?

There were a couple of pieces of music that I wanted in there from the beginning: The Platters’ “My Prayer,” the Paris Sisters’ “I Love How You Love Me,” Booker T. & the M.G’s’ “Green Onions,” Otis Redding’s “I’ve Been Loving You Too Long.”

What’s your relationship to that Otis Redding song in particular?

It’s the version from the Monterey Pop Festival. There was Janis Joplin with Big Brother and the Holding Company doing “Ball and Chain,” Jimi Hendrix’s “Wild Thing,” and there was Otis Redding. When I hear those three things, it just drives me crazy how great they are. With Otis Redding, we reach this place in him, and I just couldn’t believe that version. It was so, so, so beautiful. So much feeling comes through that thing; it’s one of my all-time favorites. I just go nuts. I start crying like a baby when I hear that thing.