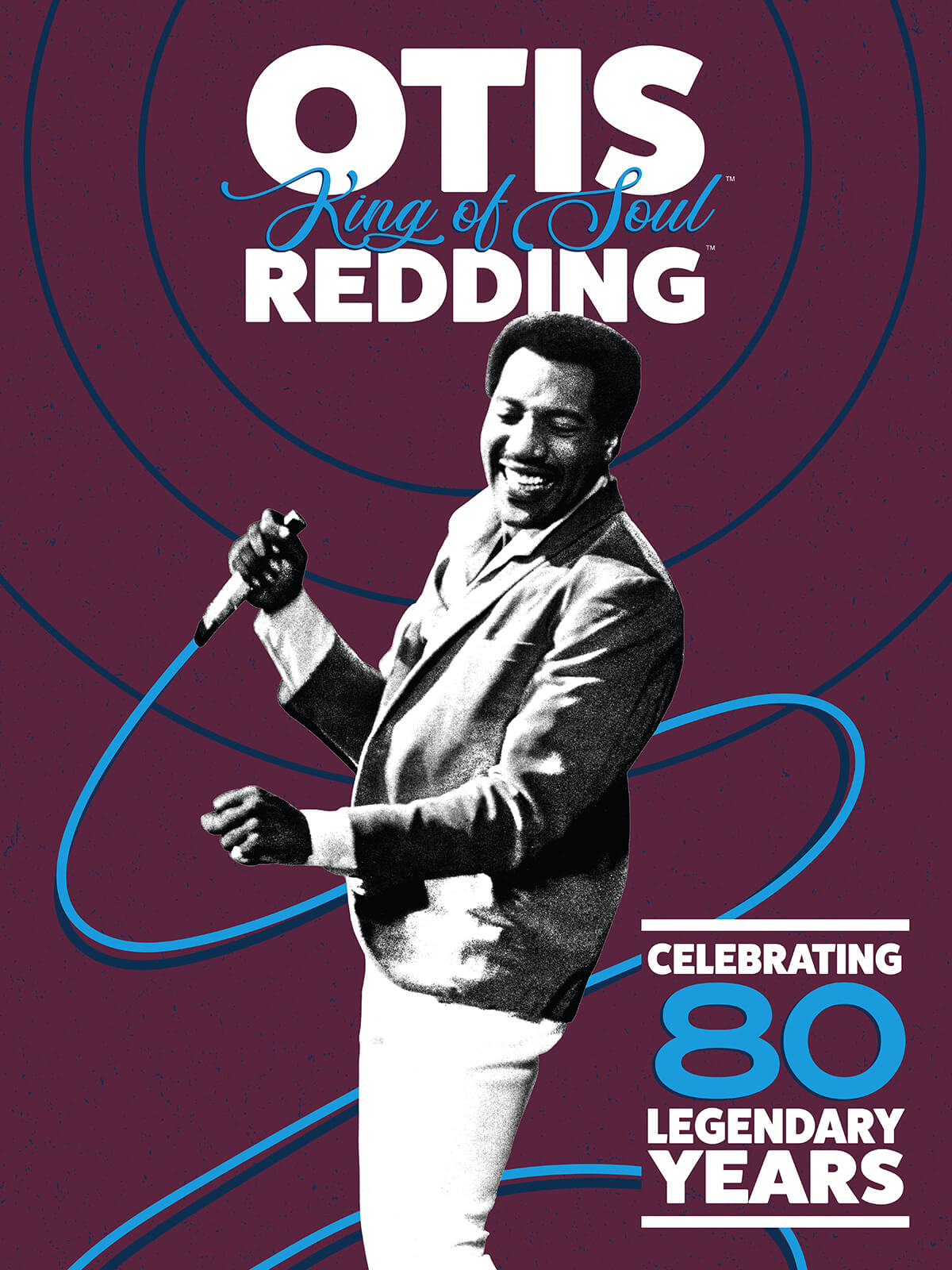 “Otis Redding Day” To Be Declared By The State Of Georgia For This
Thursday, September 9, Which Would Have Been His 80th Birthday

Rhino To Release New Immersive Dolby Atmos Mixes For Some Of Redding’s
Biggest Tracks Including “These Arms Of Mine,” “Pain In My Heart,” And His
Holiday Classics “Merry Christmas Baby” And “White Christmas”

The Fall Will See A Series Of Redding Remixes From Modern Artists, Beginning
This Thursday With A Remix Of “Tramp” By Korky Buchek

Pre-Orders Begin For Reissue Of The 7-LP Vinyl Boxed Set The Definitive Studio
Album Collection, Which Will Be Back In Print On December 10

LOS ANGELES – Otis Redding would have turned 80 years old this Thursday, September 9. To honor the beloved soul singer’s everlasting legacy, the State of Georgia will be declaring the day
as “Otis Redding Day” throughout the state at an event this Thursday at The Otis Redding Museum. The museum will also unveil a new collection of memorabilia chronicling Redding’s
life, legacy, and influences on the world with handwritten notes, unseen photos, and more. For more information, please visit The Otis Redding Foundation website.

Rhino is also introducing several releases that showcase the music that made Redding a legend in the 1960s and continues to win over younger generations. The Big O’s legacy is stronger today
than ever with his songs earning more than 3 billion (and counting) streams worldwide. And now, fans have a new way to hear some of Redding’s biggest hits as Rhino introduces new
immersive Dolby Atmos mixes for seven of his best, including “These Arms of Mine,” “Pain In My Heart,” “Love Man,” “That’s How Strong My Love Is” and “I’ve Got Dreams To
Remember” along with his two holiday classics “Merry Christmas Baby” and “White Christmas.” All seven tracks will be available this Thursday, September 9 on all streaming
platforms that feature immersive audio.

Additionally, on Redding’s birthday this Thursday, iconic DJ D-Nice will host one of his signature Club Quarantine virtual parties on Instagram to celebrate The King of Soul, beginning at 8PM ET. For his continued role in supporting Redding’s legacy, D-Nice will also receive the Award of RESPECT from The Otis Redding Foundation, a philanthropic organization that was
established in 2007 by the singer’s widow, Zelma Redding.

This fall will also see other artists expressing their appreciation of Redding with a rollout of several new remixes of some of his classic tracks. The series kicks off this Thursday with a remix
of “Tramp,” Redding’s classic 1967 duet with Carla Thomas, by the Australian electronic duo Korky Buchek.

Four years ago, Rhino released the 7-LP Otis Redding: The Definitive Studio Album Collection. This vinyl boxed set features all seven of the Rock and Roll Hall of Famer’s studio albums in
replica sleeves that recreate the original packaging. The collection sold out quickly and has now been out of print for years. That will change on December 10 when Rhino re-releases with set,
with pre-orders available now.

Also on Thursday, the mobile shopping app NTWRK will feature a special program hosted by Redding’s family through which fans can pre-order The Definitive Studio Album Collection with
an exclusive poster, as well as limited-edition merchandise celebrating the soul legend. This will be the first in a two-part series that will also raise awareness and funds for The Otis Redding
Foundation.

Redding’s hometown of Macon has also recently launched a new art exhibition “Inspired by Otis” in partnership with Macon Arts Alliance, showcasing local artists’ works of art inspired by
Redding and his legacy. The exhibition opened last week and runs through Friday September 24, 2021.

Born in 1941, Redding’s rise to fame started at a young age. As a teenager, he began to compete in the Douglass Theatre talent shows for the $5 prize. After winning 15 times straight, he was no
longer allowed to compete.

In 1958, Redding joined Johnny Jenkins and the Pinetoppers. A few years later, in August 1962, Redding drove Jenkins to Memphis for a recording session at Stax Records. At the end of the
session, Stax co-owner Jim Stewart allowed Redding to cut a couple of songs with the remaining studio time. The result was “These Arms Of Mine,” which came out later that year and became
one of his best-selling songs.

Redding and the legendary Stax house band – keyboardist Booker T. Jones, guitarist Steve Cropper, bassist Donald “Duck” Dunn, and drummer Al Jackson Jr. – recorded a string of Top
Ten R&B hits between 1962 and 1967. That includes favorites like “Chained And Bound,” “Mr. Pitiful,” and “Try A Little Tenderness.” He also wrote “Respect,” a song that reached #4 on the
R&B chart in 1965. Two years later, Aretha Franklin covered the song and took it to #1 on the pop and R&B charts, making it her signature tune.

That same year, Redding recorded his own signature song, “(Sittin’ On) The Dock Of The Bay.” Sadly, it was the last song he recorded before the plane crash that took his life in December 1967.
The song would top the U.S. charts in 1968 making it the first posthumous #1 single. It was also his biggest hit, selling more than four million copies around the world. The track would also win
Grammy® Awards for Best R&B Song and Best Male R&B Vocal Performance.

Despite his short career, Redding recorded songs that helped define soul in the Sixties and beyond. Today, Redding and his music continue to gain recognition. He’s been inducted into the
halls of fame for Rock and Roll, Rhythm and Blues, Songwriters and Georgia Music. In addition to a Grammy® Lifetime Achievement Award (1999), three of Redding’s songs have been
inducted into the Grammy® Hall of Fame: “Respect” (1998), “I’ve Been Loving You Too Long,” (2011), and “Try A Little Tenderness” (2015).