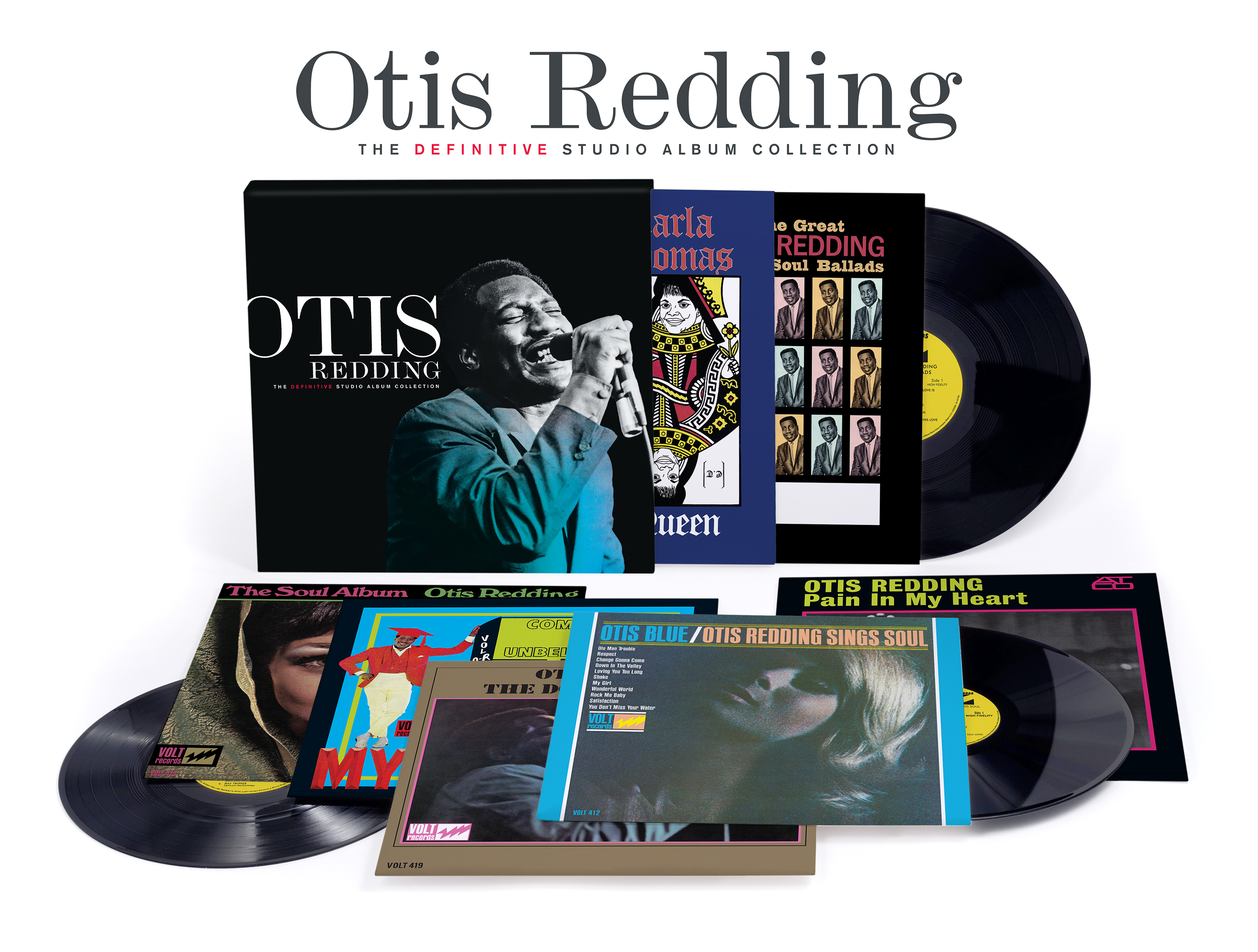 All Of The Singer’s Studio Albums, Including Essentials Soul Hits Like

The Definitive Studio Albums Available on December 15 From Rhino

Next year will be the 50th anniversary of Otis Redding topping the charts with his signature song, “(Sittin’ On) The Dock Of The Bay.” Unfortunately the single’s success was bittersweet, as Redding tragically passed away in a plane crash just weeks before its release. Leading up to the “Dock Of The Bay” milestone, Rhino will introduce a new vinyl collection that brings together all seven of the iconic soul singer’s studio albums. Big O’s biggest hits are all here, from “Pain In My Heart” and “These Arms Of Mine” to “Respect” and “Try A Little Tenderness.”

OTIS REDDING: THE DEFINITIVE STUDIO ALBUM COLLECTION will be available as a 7-LP set from Rhino on December 15 for $109.98.

All of the LPs replicate the original packaging, from the sleeve artwork down to small details like the original record labels (Volt and Stax) and catalog numbers, all housed together in a side-loading slipcase. Several of these albums are long out-of-print and back on vinyl in mono for the first time in years.

The music follows Redding’s career from his 1964 debut Pain In My Heart up to The Dock of the Bay, which was released in February 1968, just a few months after the singer’s untimely death in December 1967. Despite his short career, Redding recorded songs that helped define soul in the Sixties and beyond.

The albums are packed with Top Ten R&B hits: “Chained And Bound,” “Mr. Pitiful,” “I’ve Been Loving You Too Long” and his cover of the Rolling Stones’ “(I Can’t Get No) Satisfaction.” Another obvious highlight is “Respect,” a song Redding wrote and recorded in 1965, which later become a massive hit for Aretha Franklin. Another essential is “Tramp” from his unforgettable duets album with Carla Thomas, King & Queen. As it happens, that’s also the last album the singer would release during his lifetime.

Pain In My Heart

The Dock of the Bay