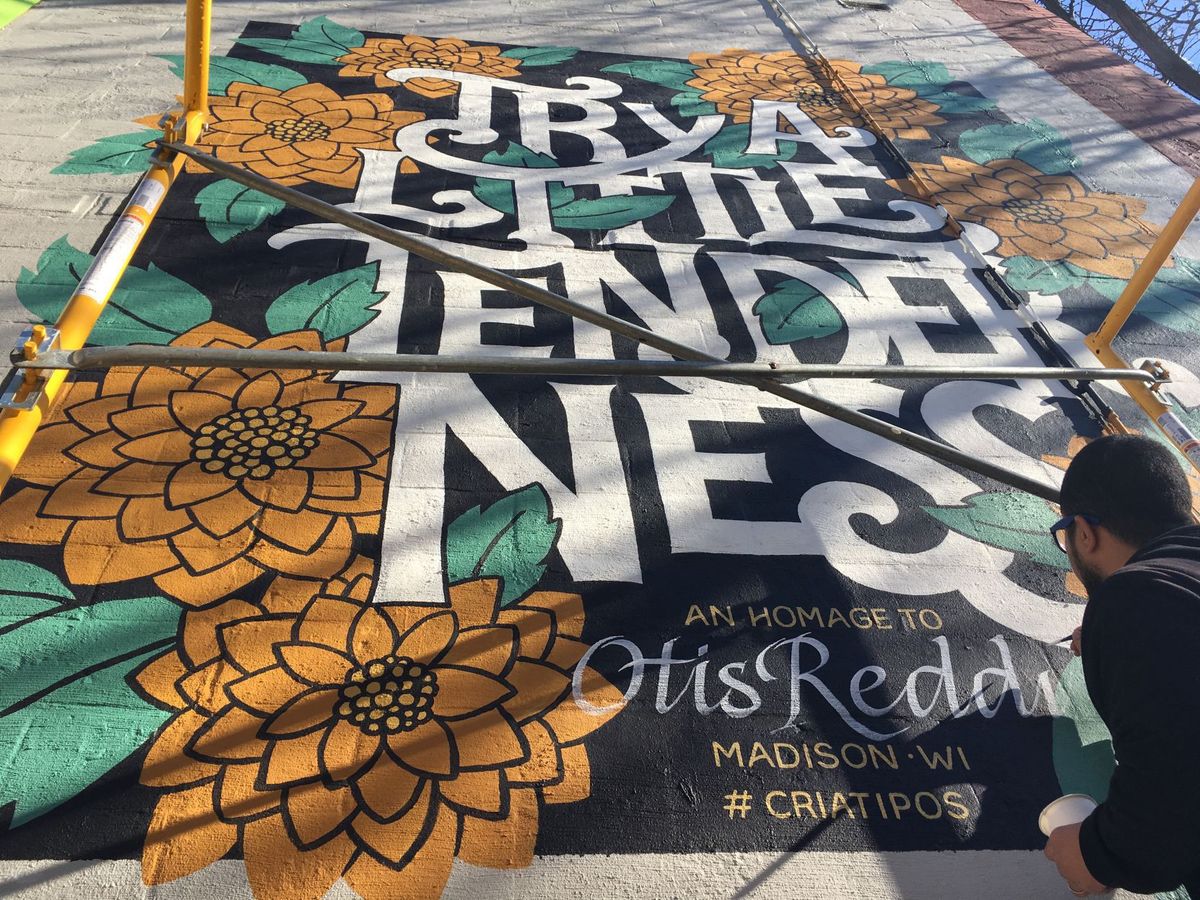 MADISON, Wis. — A new mural honoring the legacy of musician Otis Redding has popped up in Madison.

“It’s such a strong sentiment, such a kind message,” Nardi said.

Nardi, who is currently teaching graphic design at the University of Wisconsin-Madison’s Art Department as a lecturer, said he received compliments and positive responses from people on the street who were excited to see the painting.

Nardi earned support and funding for the mural with the help of Madison Arts Commission director Karin Wolf.

The artists began their creation on Halloween after Nardi collected approvals from city commissions.

Next year marks the 50th anniversary of the death of Redding, who was killed at the age of 26 when his private plane crashed into Lake Monona during a storm.

“When it was 40 years (after) the death they had a celebration, they brought a person from the rock and roll museum in Cleveland,” Nardi said. “They brought the only survivor of the crash (musician Ben Cauley) to talk.”

After the success of his first mural, Nardi said he would like to create more.

“It was good to learn the procedures,” Nardi said. “It’s not impossible to interfere with the city, with the surroundings, and that is a great thing.”